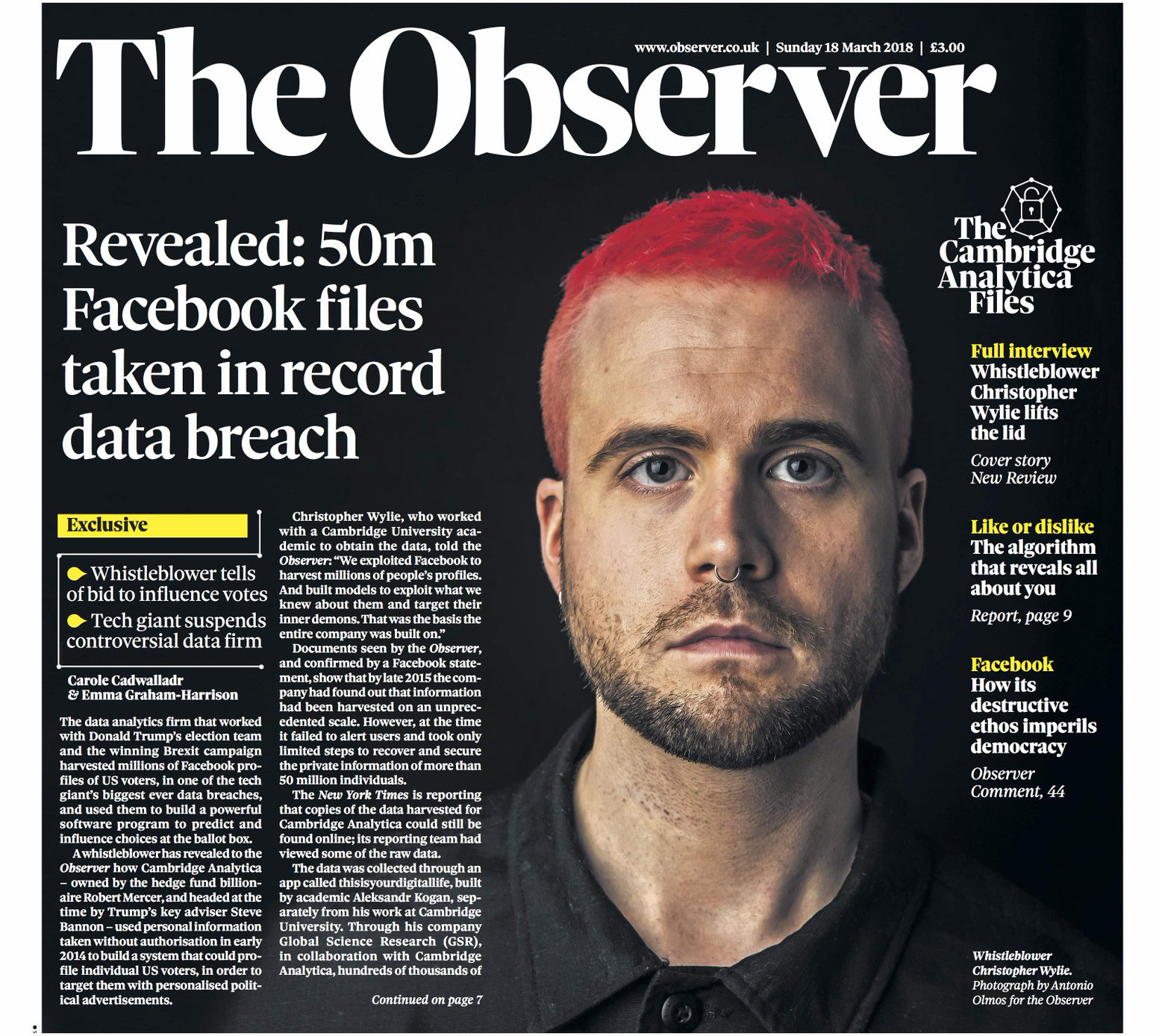 Facebook’s woes over Cambridge Analytica have only prompted one reaction from me: I told you so. While I never seized upon this example, bravely revealed to us by whistleblower Christopher Wylie and reported by Carole Cadwalladr and Emma Graham-Harrison of The Guardian, Facebook has shown itself to be callous about private data, mining preferences even after users have opted out, as I have proved on more than one occasion on my blog. They don’t care what your preferences are, and for a long time changed them quietly when you weren’t looking.

Facebook knew of a data breach years ago and failed to report it as required under law. The firm never acts, as we have seen, when everyday people complain. It only acts when it faces potential bad press, such as finally ceasing, after nearly five years, its forced malware downloads after I tipped off Wired’s Louise Matsakis about them earlier this year. Soon after Louise’s article went live, the malware downloads ceased.

Like all these problems, if the stick isn’t big enough, Facebook will just hope things go away, or complain, as it did today, that it’s the victim. Sorry, you’re not. You’ve been complicit more than once, and violating user privacy, as I have charged on this blog many times, is part of your business practice.

In this environment, I am also not surprised that US$37,000 million has been wiped off Facebook’s value and CEO Mark Zuckerberg saw his net worth decline by US$5,000 million.

Those who kept buying Facebook shares, I would argue, were unreasonably optimistic. The writing surely was on the wall in January at the very latest (though I would have said it was much earlier myself), when I wrote, ‘All these things should have been sending signals to the investor community a long time ago, and as we’ve discussed at Medinge Group for many years, companies would be more accurately valued if we examined their contribution to humanity, and measuring the ingredients of branding and relationships with people. Sooner or later, the truth will out, and finance will follow what brand already knew. Facebook’s record on this front, especially when you consider how we at Medinge value brands and a company’s promise-keeping, has been astonishingly poor. People do not trust Facebook, and in my book: no trust means poor brand equity.’

This sounds like my going back to my very first Medinge meeting in 2002, when we concluded, at the end of the conference, three simple words: ‘Finance is broken.’ It’s not a useful measure of a company, certainly not the human relationships that exist within. But brand has been giving us this heads-up for a long time: if you can’t trust a company, then it follows that its brand equity is reduced. That means its overall value is reduced. And time after time, finance follows what brand already knew. Even those who tolerate dishonesty—and millions do—will find it easy to depart from a product or service along with the rest of the mob. There’s less and less for them to justify staying with it. The reasons get worn down one by one: I’m here because of my kids—till the kids depart; I’m here because of my friends—till the friends depart. If you don’t create transparency, you risk someone knocking back the wall.

We always knew Facebook’s user numbers were bogus, considering how many bots there are on the system. It would be more when people wanted to buy advertising, and it would be less when US government panels charged with investigating Facebook were asking awkward questions. I would love to know how many people are really on there, and the truth probably lies between the two extremes. Facebook probably should revise its claimed numbers down by 50 per cent.

It’s a very simplified analysis—of course brand equity is made up of far more than trust—and doubters will point to the fact Facebook’s stock had been rising through 2017.

But, as I said, finance follows brand, and Facebook is fairly under assault from many quarters. It has ignored many problems for over a decade, its culture borne of arrogance, and you can only do this for so long before people wise up. In the Trump era, with the US ever more divided, there were political forces that even Facebook could not ignore. Zuckerberg won’t be poor, and Facebook, Inc. has plenty of assets, so they’re not going away. But Facebook, as we know it, isn’t the darling that it was a decade ago, and what we are seeing, and what I have been talking about for years, are just the tip of the iceberg.