During a working lunch on day two, Simon and Giuseppe introduced Medinge and our focus on brands with a conscience and sustainability. We then challenged the managers – most of them women – to think about two issues: How would they respond to the paradox of the public’s growing distrust in brands and the organisations behind them, and at the same time, the expectation that brands and organisations need to be more socially and environmentally responsible.

We set the scene by highlighting renewed public awareness of climate change, resulting from the highly effective activism of movements such as Extinction Rebellion in the UK and the Swedish schoolgirl Greta Thunberg. We also suggested that ESG (Ethical, Social and Governance) issues may be reaching a tipping point for finance directors, as well as more activist shareholders. The latter have been campaigning over these issues for years. Their efforts have been boosted more recently by Blackrock’s Larry Fink, who manage $6tn of investor’s assets. But the political and regulatory risk around the issues that ESG tackles are also growing, and as a result Finance Directors are now beginning to recognise that the risks and costs of standing on the sidelines may have become bigger than the risks and costs of getting involved.

We then asked the managers about the challenges they faced and the opportunities they saw in their own companies to promote sustainability.

To get the conversation going we made two suggestions. The first was inspired by fellow member Mark Irvine’s interest in the Lobbying for Good Movement. Companies, and their corporate communications teams, need to do more to promote sustainable public policy and should use their skills and resources to do so. Our second suggestion was that the same teams should spearhead internal movements to champion sustainability inside their companies.

By harnessing the networking power of easy to use communications tools like Slack, anyone in a company can get involved, contribute ideas and, crucially, be acknowledged for their contribution. So often in companies people feel their voices and ideas are either never heard or acknowledged. This could even be a focus for creativity and innovation in a more widespread sense.

These suggestions prompted much debate during lunch. Afterwards Oriol and Peter asked each table to summarise their discussions. Unsurprisingly, the key challenge the managers said they faced was the closed mindset of their CEOs. The majority said their CEOs still do not see sustainability being central to their strategy.

Peter and Oriol summed up the opportunity well. Communications managers should see themselves as the chief connecters in their organisations. Being in a group function, they have the reach and vision to see beyond traditional silos and connect and motivate them. They also have the powers of communication and persuasion so crucial to generating the right discussion about sustainability at the highest level of their company. Peter suggested that Chief Communications Officers often have the role of a chief “counsellor” as well and as such can be highly influential.

Cristián summarised the discussions over lunch with final thoughts on the role and challenges of a Corporate Communications Manager.

It was a very enjoyable and stimulating lunch and we all felt we had made a useful impact. The communications managers were very engaged and seemed energised at the end of the lunch and ready for their afternoon sessions. So, at the very least, we may have prevented the desire for a traditional afternoon siesta! 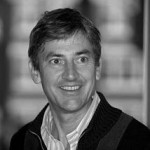