Cristián Saracco asks: with our reliance on technology, are we enslaving ourselves by giving up our independent thinking?

As Gideon of Criminal Minds would say: ‘As Deleuze says in The Logic of Sense: it is a strange prejudice which sets a higher value on depth than on breadth, and which accepts “superficial” as meaning not “of wide extent” but “of little depth”.’
Recently, I have been particularly interested in two situations:
• greater access to information over the internet, and particularly over social networks;
• we have more and more information, but it is increasingly shallow (at times we cannot even be sure it is accurate).
More information, where and when we want it, tailored to our interests: more superficial, more shallow, but no less exciting.
The question is: do we really make the most of this situation?

Meaningful communication: Il buono, il brutto, il cattivo
Without discussing whether current social networks will be successful or not, we must admit that the technology driving them continues to give us hitherto unheard-of socializing opportunities. We don’t create dialogue as we did some years ago; our dialogue is different, but no less valuable.
However (damn, there’s always a but), if we pay attention to what is being said, we can see several things:
• many people saying the same thing—in some cases, they must either read and absorb information very quickly, or only read the titles;
• little value added to the flow of information—something like, ‘I’ll just pass it on’;
• conversations, irrespective of how many friends, followers or fans you have, are almost restricted and can be tracked by those involved;
• something that started off honestly starts to become distorted, not to mention that much of the information could be called disinformation.
Don’t take it on face value, think about what you are seeing, reading or hearing, form your own opinion, learn and expand: be yourself!
And if you choose not to, remember, someone else is writing the script.

Someone is writing our script—The Usual Suspects
If you take a look at the most generic social networks (Twitter, Facebook, Myspace, etc.) you will notice that the information you see is not only repeated ad infinitum, without further additions, but that few people have anything to say about it.
Much of this information, in turn, comes from other networks, from others who passed it on from somewhere else, and so on. Nevertheless, the information originally came from someone, and this in some cases turns out to be strange, to say the least.
The danger of this situation is that, with our vehement apathy, we are allowing a few people to write the script for our daily agenda.
An example from Spain today:
• much is being discussed about the government’s new proposal to pass a law that would affect the rights of internet users;
• “someone” opens forums, groups, etc., on different social networks with a “manifesto” (in basic Twitter-speak, this would be #manifesto) opposing the measure;
• several of us are interested and join the movement;
• today, we discover that there are personal interests behind the manifesto and/or plans of appropriation;
• I, at least, unsubscribe from the list because I feel to a certain extent duped, manipulated, and badly represented, not because I am for or against the content;
• today, a meeting is held between the government and the “usual suspects”. News: ‘The government has no intention of listening’;
• I ask myself, honestly: ‘John’, are you really a valid spokesman?
Let’s write our own scripts; let’s act in our own plays; let’s only act in the plays of other worthwhile individuals—essentially, let’s have ideas, irrespective of whether they are great, good or rubbish.
This, I believe, involves making a habit of thinking for ourselves, and on this basis, we can do things together, as a community.
Co-creation starts with having something to give, and what is better than having ideas?

Co-creation may occur in new environments—but maybe not.
In any event, new technologies, social networks, or, whatever you want to call them (it doesn’t matter), at least give us a good idea of who to look for if we ever want to do something with someone else. The question would be: would they choose me?
In a world where “the flow is king”, finding “creators” is difficult, unless we know them personally.
Nevertheless, it’s not all bad. If you pay attention, if you read carefully, you will see that there are fantastic, unique, shared things. And if you do this over time, you will also see that this thought process you have joined comes from just a small group of people.
Co-creation is looking for someone, patiently; knowing that first you will have to give. It has to do with peers, where the greatest challenge is overcoming our deep-rooted desire for status.
In this case, we’re not talking about ideologically motivated scriptwriters, we’re talking about people who write their own scripts, who are open to new input,and who agree to modify their ideas because they discover that what they can do as a group is better.
We move slowly, at a human pace. We seek empathy based on shared principles and agenda, and this takes time. That’s why we are patient, and that’s why we feel dominated by these new technologies that have so much to offer.

First, let’s put what we are discussing here into perspective. In a world with a population of 6,400 million, the internet has a penetration level of 26 per cent, and, like wealth, is unevenly distributed.
Of all these people, only 30 per cent use social networks. In other words, around 7 per cent of humanity.
Of those who use social networks, only 10 per cent actively participate, and 2 per cent create content. In other words, 0·1 per cent of humanity creates content. Are you one of them?
To sum up, even though we are talking about millions of people, we are still “early adopters” of these new technologies in a topsy-turvy world. Children know more about this than we, the middle-aged, do.
What is interesting is that, as people, we are still governed as much by our primary instincts as we were thousands of years ago. War, famine, poverty and slavery are all still a reality, and our reactions are so démodé that we feel ashamed just thinking about them.
My opinion on this issue (at least one of them) is that our human slowness, the speed of new technologies and the superficiality of knowledge are creating a new kind of slavery, and I think we are starting to realize this.
As a society we move towards knowing and learning more about the tools than about what drives the content:
• we use Excel, but we are not capable of rationalizing the equations that give the answer;
• we use Word, and we blindly believe that its spell-checker works just great;
• we applaud the ideas of others because so-and-so said it, and we don’t stop to think whether what they are saying has any value, whether it can be improved or even criticized;
• we discard events in order to move on to others, and we don’t stop to think how they are related (e.g. a Nobel Peace Prize-winner announced he will be sending more troops to a particular war).
We are so concerned with being informed that we forget to reason. Knowing does not necessarily mean learning.
A society expert in tools but oblivious to reason ends up enslaving itself. Curiosity alone is harmless; curiosity that leads to action is good, curiosity that moves us, that makes us creative, that makes us human.
To think in terms of a free society—that’s the challenge faced by those who have ideas.

The challenge of those that have ideas—Serendipity
Everything moves so quickly, so superficially, it’s mind-boggling!
It’s not surprising that we are dazzled by the world we live in. We live in a fascinating time.
The paradigm of inequality is still valid, with some additional aspects that make us think.
Possibly, if I had to pick a wish, it would be to go back to the roots of humanity, to enhance our creative capacity, and take it upon myself (as far as I can) to think and make other do the same—a real loving challenge to be what we have always been and what we are still learning to be: people!
 Unless we haven’t noticed that we are standing on the deck of the Titanic, raising our champagne glasses. 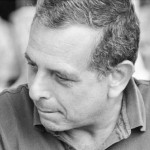 Five Keys to Building a Purpose